Welcome To The Boondocks BBQ & Grill

Good Food for Great People at the Best Prices!


On May 17 and 18, 2009 the colorful host of the popular Food Network show Diners, Drive-ins and Dives, Guy Fieri, and his crew will be filming in McConnelsville at the Boondocks BBQ and Grill.  The show is a relative newcomer to the Food Network line-up but has quickly developed a loyal following as it showcases the classic diner food found only in the family-owned, “locals friendly” restaurants that dot the American landscape.  According to Bobby “BJ” Burdette, chef and owner of the Boondocks, he and Maria (Wilson) were notified of their selection to appear only two weeks ago.

Both the Burdettes have a history in the restaurant/hospitality industry.  While Maria’s background is more in tune to the management side, BJ has experience and education in both business and the culinary arts.  Growing up in Glouster, BJ was raised by his grandparents and from them gained a healthy knowledge and respect for good food, particularly Italian.

After graduating from high school he went on to spend some time in the Ohio National Guard, the 2/174 out of McConnelsville, and while there got even more culinary experience as a member of a competing military culinary team as a Food Service sergeant.  Once out of the military it was on to Ohio University to study the food and beverage business, Hocking College to study the Culinary Arts and then on to New York City and the American School of the Culinary Arts.  From the classroom, BJ went on to internships and the hands-on experience required by such a career choice and had the opportunity to work in the Wolfgang Puck restaurant line and also with Gordan Ramsey of Kitchen Nightmares fame.  The result of his hard work paid off when, after a six month training under a Master Chef he was able to test and became a Certified Executive Chef, at one time the youngest in Ohio.

Returning “home” was always the dream of both BJ and Maria and owning a restaurant a big part of that picture.  While Italian food was still a favorite, their specialty quickly turned more to “meat and potatoes” as they reacquainted themselves with the tastes and customs of Southeast Ohio.  As their niche continued to evolve it turned to a more Southern influence with the addition of items such as sweet potato fries and Memphis-style ribs to their BBQ, pulled pork and other signature dishes.

The road to the Food Network and this current opportunity was the result of a series of fortuitous events.  On his way to Marietta (but too late for) the Rib Cook-off a food critic stopped at Boondocks and seemed, according to BJ, to order one of everything on the menu.  After his meal he proceeded to tell BJ about an upcoming BBQ rib competition in Columbus.  BJ took the opportunity, competed and came in first in the taste category and third overall thus drawing the attention of the Food Network.  The rest is now history!

Check out some of the local TV & Magazine Spots!!!

...and be sure to purchase our our latest publication spot! 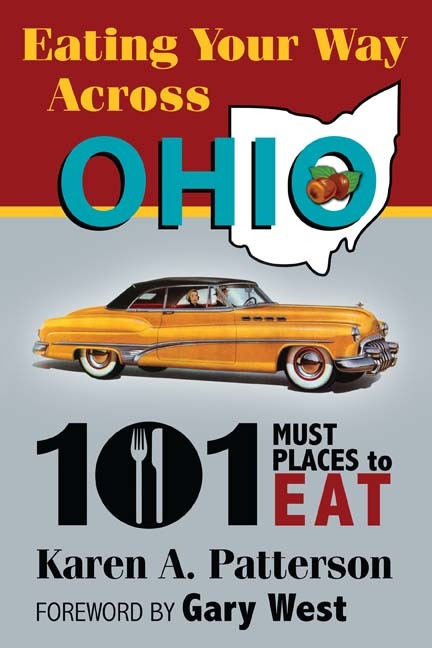 Have Something to Contribute?